By: ivyGoal Institute Canada   view all programs and sessions

An Introduction to Caves

Caves are found in nearly every region around the world. Caves are full of geological wonder and interesting life forms. Spelunkers are individuals who explore and study caves and larger caves, known as caverns, as a hobby. Many caves are subterranean, meaning that they are underneath the ground, while others are above ground and inside of mountains.

The walls of the cave are often home to different animals, such as snakes and bats. These animals can make homes in the crystallized formations on the wall. Caves are safe places for bats to sleep in because most of their predators cannot reach them while they’re hanging upside down. Often these walls and floors of the caves are made of pure limestone, which is a common material for building. Many of the famous buildings in America are built with limestone. This material can be slippery when sufficient water has evaporated from the cave.

Plotting to Overtake the Castle

The town of Ozwaldo was ruled by an evil monarch, King Peter who reigned with absolute power over the land for 25 years. The taxes and severe punishments that he institutedirritated the people of the town greatly. The King’s reputation for violence and unfair laws caused a tremendous disturbance in the town. The townspeople were constantly living in fear. Any little wrong thing they do could ruin the rest of their lives and the lives of their family. One day King Peter was in town and a carpenter did not greet the King with enthusiasm, so he was sentenced a year in prison. People were outraged; the King hasn’t done anything worthy of mention in the past 25 years to deserve any type of respect or fanaticism from his citizens.

As the town’s people became increasingly angry at King Peter, they decided to begin secretly meeting to plot against the King. They elected a leader, George Adams, who had military training and experience leading an army. George Adams began to plan an invasion of King Peter’s castle but warned that he would be greatly endangering the town’s people that volunteered to join him. King Peter has a small army to defend him but with all of the angry and frustrated people of Ozwaldo, the town should have the numbers on its side. Adam’s plan was to invade the castle under the cover of a dense fog, just as King Peter did 25 years prior. The biggest challenge now was to not arouse suspicion among the monarch or his staff

1. Make sure that proper tense is applied.

2. Make sure the comma is used in the right place.

3. Be careful with the subject and verb agreement.

4. Please change or add any sentences to improve the whole paragraph.

1. My mom really like to listening to some ballad music and is almost her birthday so I want to get her a ballad CD for her. I found a agency for old cd’s and they told me they don’t sell ballad cd anymore, so I went to another store bought her a luxury perfume.

2. I went skydiving last Friday It was really fun. It was at Santa Cruz. We drove 40mins to get there and I was kinda tired, but whenever I think about skydiving, I get really enthusiastic and it turned out to be really fun. I would for sure go again.

3. Last summer I went to Japan with my family, I had a lot of fun and saw so many cool things. It was mid-July, my family decide to go on a vacation for a week, and I said let's go to Japan, they agreed. I went home to pack up my clothes but I didn't know what was the temperature in Japan, so I put all kinds of clothes in to my bag and I was ready to go to Japan!

4. The first day we got there we were all tired so we did not go anywhere, we all stayed in the hotel. Soon I start feeling hungry, I really want some food and I found a Ramen shop that smells really nice. I went in asked the owner what should I get since I new, and he recommend the pork miso ramen to me. I had no idea what it  was at the time but I told myself try it out and maybe I would like it.

5. The ramen turn out amazing; the noodles was so chewy; and the soup was so delicious too. That was the first day of the trip after we went hiking and did a lot of fun stuff. I really enjoyed the time I was in Japan I would definitely visit again.

Imagine we did not need to sleep anymore. What would you do with the extra time? Why?

1. Please use at least three words from the list:

2. Try to use participle clauses in your essay.

Sample sentence: Given the extreme temperatures of their habitat, an accurate number of the polar bear population is difficult to calculate.

3. The essay should be comprised of 3-4 paragraphs and around 260 words.

4. If examples are used, please specify numbers or details. 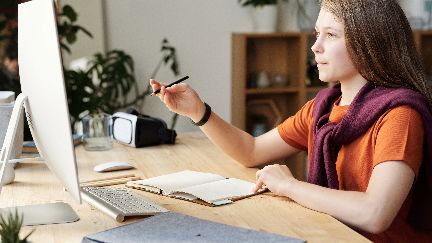 Thank you for your interest in ivyGoal Institute Canada. They will send you information about this session: