Stories, traditions, and history: 6 schools that have all that and then some

Wars, royal visits, long histories and new ideas. And fires. Lots and lots of fires. It's not easy to survive a century, though many schools have done just that, remaining as vital today as they ever were.

Villa Maria, in Montreal, Quebec, is both one of the oldest and largest private schools in Canada, with a current enrollment just shy of 1400 students. Prior to the creation of the school in 1854 the site was the home of three Governors General of Lower Canada. Afterward, the site and the school remained a focal point of Anglophone society well into the 20th century, hosting an impressive roster of dignitaries, including King Edward VII, King George V, and Queen Mary. Academically, Villa Maria has continually adapted to the changing times, adopting programs and practices to meet the needs of an evolving student population. Notably, the school became coed in September of 2016 when boys were admitted for the first time in the school’s 161-year history. 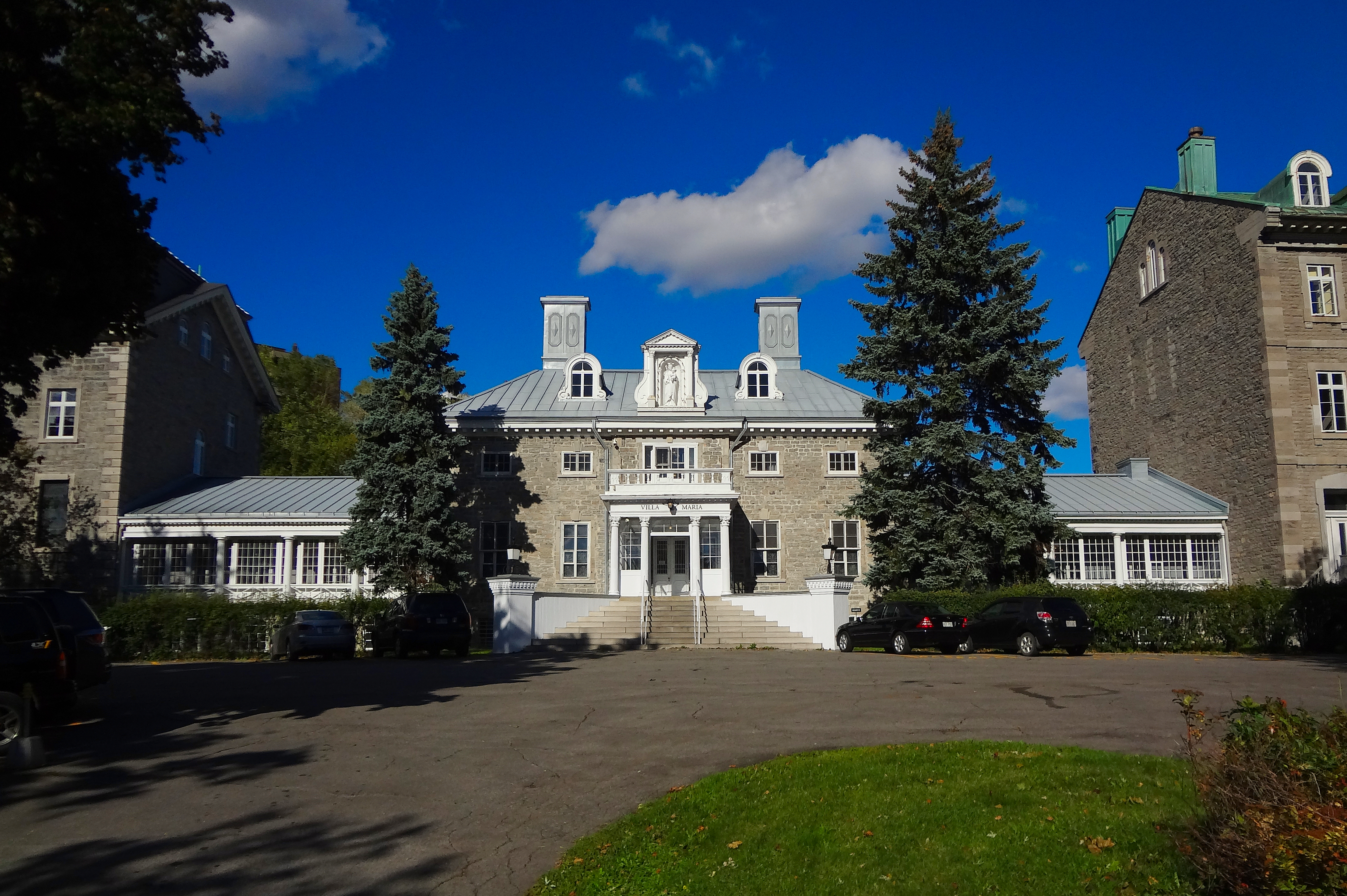 In contrast to its history, the program has been adapted to reflect the leading edge of academic innovation, including an active use of technology in the classroom and a dedication to diversity and global awareness. Both Francophone and Anglophone students are enrolled, and the school is divided into two teaching sectors, one French and one English (though competency in both languages is posited as a goal for all students).

Bishop's College School, in Sherbrooke, Quebec, was founded in 1836, becoming co-ed in 1972 through an amalgamation with King’s Hall Compton. The school's long history is apparent in the traditions that remain a part of student life, including Chapel every morning (now non-denominational), the social organization of the school into houses, and a thriving cadet corps. More prosaically, the names of the 128 alumni who gave their lives in the WWI, WWII, and the Korean War are read out each Remembrance Day during a school-wide assembly.

Throughout its life, Bishop’s remained a redoubt, grounded in a set of clear values and traditions while the tides of history rose and fell all around it. To some extent, that continues today, given the size and location of the campus. The school sits on 240 acres at a comfortable distance from any urban centres, attributes that can provide a welcome buffer. Bishop’s has been a member of Round Square since 1986, something which provides a foundation for the diversity of the student population, which represent more than a dozen nationalities despite an annual enrollment of just 220 students.

Founded in 1894, Havergal College, in Toronto, Ontario, is one of the oldest girls’ schools in Canada, and it shares a tradition with those of its vintage. The school was formed with a strong tie to a religious community though, even then, was looking beyond tradition, charting new territory, as it were, for girls to occupy. As such, the school was disruptive, educating girls to take new, more robust roles within society. Famously the first principal, Mary Ellen Knox, asked her students “What are you going to do?” She meant it very much in the way we’d think of that question today: you’ve got an opportunity to do something, to play a role, what is it going to be? Knox was emblematic of the kinds of women who were leading schools at the time. In turn, they played a larger role in the development of education in Canada than their male counterparts did. All of this is important in that it really does underwrite the goals of the school today: to challenge girls, and to be socially disruptive in the best sense of that term. It’s easy for us to look back and see that girls’ schools were necessary all those years ago. What Havergal continues to demonstrate—as other schools that operate with the same goals and intentions—is that they remain necessary today.

Pickering College, in Newmarket, Ontario, was founded as the West Lake Seminary by Quakers in 1842 and, as you might expect, has had a long an interesting history since. Canada became a dominion, the school amalgamated, some buildings burned down, others were built up. It began as a girls’ school in 1841, though the school dates its establishment from the following year, one that saw the opening of the boys’ residence and the start of coed instruction. That alone was unique at the time, and provided an expression of the Quaker ideal that both sexes should be educated equally. It was also the first school in North America to offer a course in typewriting. Times of course have changed, though certainly many of the values that the school upholds today reflect those with which it was founded, including the desire to embrace new ideas and to support a diversity of interest.

Rothesay Netherwood, in Rothesay, New Brunswick, dates to 1874 when the brilliantly named Ezekiel Stone Wiggins founded Thompson’s School, a coed day school above a train station. It teetered a bit in the early years, with changes in ownership, and direction, though in time found both its academic and financial footings. A long-standing association with Netherwood, a school for girls founded in 1894, resulted in an amalgamation between the two in 1984. The school remains true to a tradition of academic excellence, and the campus is rich with reminders of its long history. It has also has benefited from robust development, the product of a number of capital campaigns over recent decades. Between the long tradition and extensive recent development, there’s frankly a lot here to love. Notably among the school’s alumni is John Peters Humphrey, primary author of the Universal Declaration of Human Rights.

It isn’t the oldest boarding school in Canada, though it is one of the earliest and certainly the most storied. Its alumni include a who’s who of Canadian political, business, and cultural life. The Cadet Corps of Upper Canada College was begun in 1869, and through its 127-year history it remained an integral part of school life. Students took part in regular drills and exercises, including those with active rounds. Boys were expected be prepared for deployment at any time, as occasionally they were. During the Fenian Raids of 1866 UCC students were mobilized to guard military buildings and the port in Toronto, Ontario.

January 14, 2020
What does 'more' mean to you?
Students need more from their schools, but what? We asked some of the best.
December 19, 2019
Building a better school
Elie Newman's Transformation Project at The Bishop Strachan School
December 16, 2019
A Quaker institution for the modern world
Pickering College defines itself through its values and the tradition that informs them.
October 29, 2019
The Maria Montessori No One Knows: A heartbreaking betrayal (Part 1 of 2)