The future is now

Are we giving students everything they will need to succeed?

When Apollo 11 reached the moon, Neil Armstrong famously said “Houston, Tranquility Base here. The Eagle has landed.” When Apollo 13 got in trouble the following year, James Lovell also addressed Houston, though with a decidedly different message: “Houston, we’ve had a problem.”

Houston, in both cases, was the staff of NASA mission control at the Manned Spacecraft Center in Houston, Texas. The staff there was smaller that we typically think—dozens, not hundreds—and it was remarkably young. The average age of the Apollo mission staff in the control room during the Apollo 11 mission was 26. Which means that when John Kennedy asked congress to commit itself to landing a man on the moon, the average age of the people who would ultimately achieve that goal was just 18.

Surprising as that is, it’s also a reminder of something that we often say yet perhaps don’t entirely believe: the youth of today will be the ones who solve the problems we face. They’ll use the tools that are available to them—Houston mission control relied on Smoley’s tables and slide rules—which will be, predominantly, digital ones. Of course, times change, and students need to gain experience with the tools that they will need in order to be successful in their professional lives.

Why You Should Use Service Devices:

Shop now at the Our Kids Store by Microsoft

The kinds of classrooms kids require

That said, tools likely won’t be a problem for them. It’s a cliché, but it’s also true: if you’re having trouble with your phone, hand it to a kid. Through the technology in our homes—from Netflix to iPhone apps—children are gaining experience and agility with the technological interfaces that they’ll be working with in the decades to come. The area where we, as parents and educators, can add the most value isn’t with the tools but behaviours.

Were we to start from scratch in creating an instructional environment for today’s learner in today’s world, classrooms would likely look very different than the ones you and I were taught within. The reason isn’t technology, but rather the skills that students will need to develop in order to be successful within a professional world focused on collaboration, global markets, knowledge translation, and innovation.

The school system that is predominant today, as Sugata Mitra expressed so well, wasn’t designed to produce the human resources that we need today. “Schools as we know them now, they're obsolete. I'm not saying they're broken. It's quite fashionable to say that the education system's broken. It's not broken. It's wonderfully constructed. It's just that we don't need it anymore.” The system that most of us were educated within, says Mitra,

... came from about 300 years ago, and it came from the last and the biggest of the empires on this planet. [The British Empire] Imagine trying to run the show, trying to run the entire planet, without computers, without telephones, with data handwritten on pieces of paper, and traveling by ships. But the Victorians actually did it. What they did was amazing. They created a global computer made up of people. It's still with us today. It's called the bureaucratic administrative machine. In order to have that machine running, you need lots and lots of people. They made another machine to produce those people: the school. The schools would produce the people who would then become parts of the bureaucratic administrative machine. They must be identical to each other. They must know three things: They must have good handwriting, because the data is handwritten; they must be able to read; and they must be able to do multiplication, division, addition and subtraction in their head. They must be so identical that you could pick one up from New Zealand and ship them to Canada and he would be instantly functional. The Victorians were great engineers. They engineered a system that was so robust that it's still with us today, continuously producing identical people for a machine that no longer exists.”[1]

That is the understanding that underlies a discussion of 21st century literacies. “It is no longer enough to educate only to the standards of traditional literacies,” write Lee Crockett and Ian Jukes. “To be competent and capable in the 21st century requires a completely different set of skills.” The mission statement of St. John’s-Ravenscourt School in Winnipeg, Manitoba includes the goal ensuring “that we develop broader 21st century fluencies that give our learners the skills necessary to be fully functioning members of the workplace now and in the future.” That includes fluency with accessing and manipulating information as well as an ability to think creatively, to lead innovation, to collaborate with others yet also be able to work independently, and to practice ethical leadership.

"I think we need a curriculum of big questions," says Sugata Mitra. "There was a time when Stone Age men and women used to sit and look up at the sky and say, 'What are those twinkling lights?' They built the first curriculum, but we've lost sight of those wondrous questions."

At many schools, the innovations for growing those skills and behaviours (or, if we grant Mitra's point, returning to them) are already underway. Wendy A. Milne is assistant head of academics at Shawnigan Lake School where she helped found the Genius Hour, a cross-grade, cross-curricular exercise in which students are charged with creating their own project and seeing it through to completion. The only provisos are that each project involve collaboration, have a clear guiding question, and involve research. 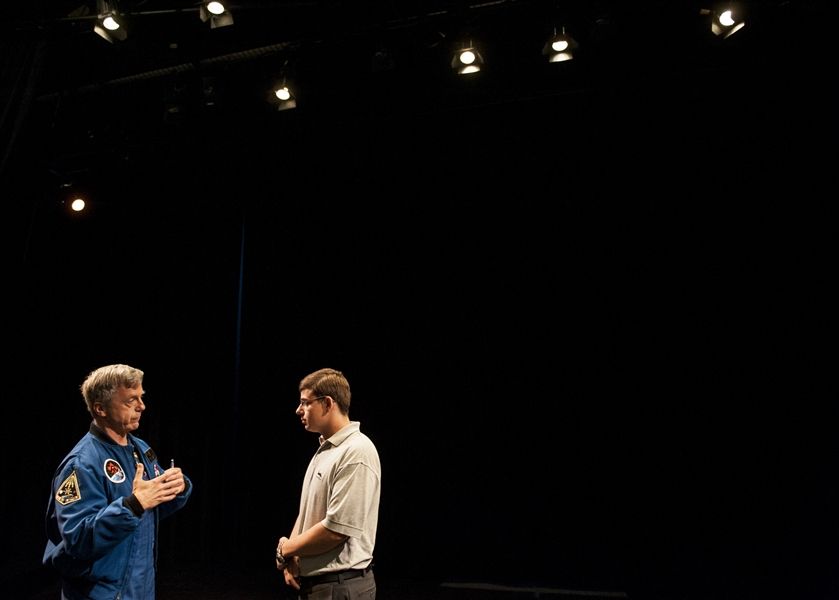 “The idea is to remove all barriers to creativity,” says Milne. It can be daunting, but that’s the point: to deliver the kinds of challenges, and an experience of the kind of working environment, that students will find when they enter professional life in a post-industrial world. “It’s part of making education work for a new job market [that] we don’t yet entirely understand,” says Milne. “We want to teach them how to think, how to learn, how to ask, and even how to fail.”

Projects range from getting a better night’s sleep, to building a better golf club, to diagnosing Alzheimer’s disease. That last was the project that Andrey Petropavlovskiy presented during the first Genius Hour presentations in 2015. “All around the school,” Andrey commented at the time, “I hear different people talking about their projects. Some of them are amazing. I would never have thought about that.”

That’s ultimately what Genius Hour is all about. “We want them to [find] a passion, and to be genuinely passionate" about the work they do, says Barry Welsh, deputy headmaster at Shawnigan Lake. "This isn’t just about waiting to answer the questions at the back of the book.”

Certainly, there weren’t any answers at the back of the book for the members of Apollo mission control, and while they were right to celebrate the success of the Apollo 11 mission, it was the Apollo 13 mission that truly demonstrated their talents. They needed to be creative, to work together, to value the input of others, and work collaboratively rather than adversarially. They needed to be adept at using the tools at hand while aware of the limitations of those tools. They needed the confidence to trust their instincts, and to accept a role in solving the problems that they faced. When we talk about 21st century literacies, increasingly, those are the kinds of things we have in mind.

Why You Should Use Service Devices:

Shop now at the Our Kids Store by Microsoft