How literate are Canadian students?

They can read, but when it comes to functional literacy—expressing ideas, crafting arguments—some feel that students could, and should, be doing better. 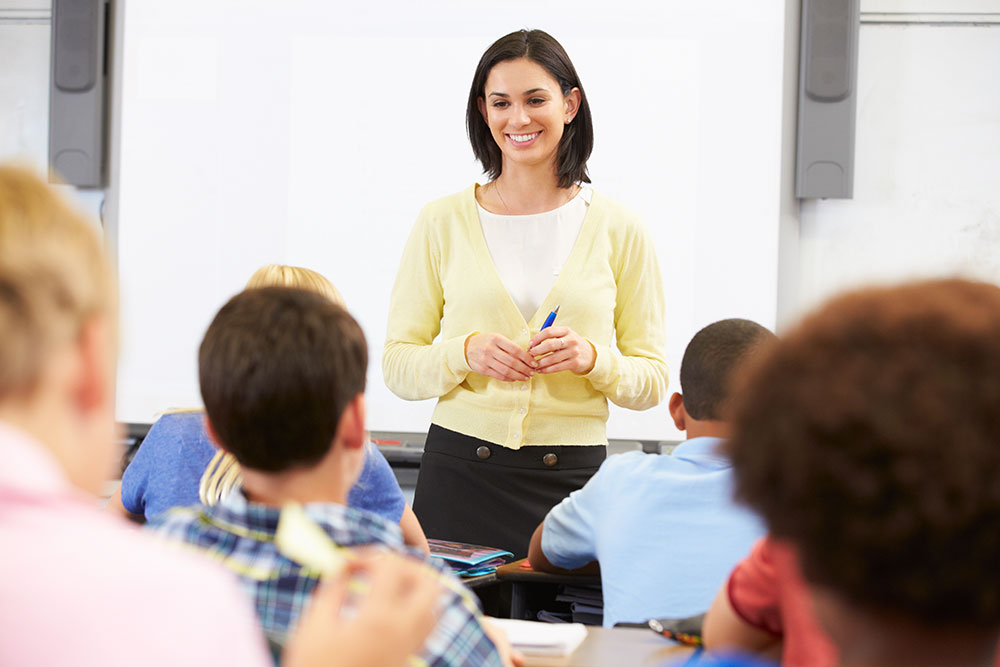 “I saw the need,” says Hafsa Esmail, founder of Power of Words Academy, “and I wanted to fill it.” At the time she was working as a team manager of Investigations Services at the Law Society of Ontario. In that role, she hired people who were coming out of university programs intending to enter jobs where the ability to communicate ideas effectively wasn’t just required, but essential. Increasingly, though, she saw that “that skill set just wasn’t there.”

Her experience wasn’t merely anecdotal. Among Canadian students, the rates of prose literacy—the ability to decode words on the page—is perhaps higher now than at any time in our history. The same, however, isn’t true in terms of functional literacy. The Conference Board of Canada reported in 2020 that only 14 percent of Canadians are at level 5 (literacy is ranked on five levels, with level 3 considered essential for basic employment) which, as they also report, represents a significant decrease from just a decade ago.

That’s a problem. An ability to communicate effectively, and to think critically—the things that characterise level 5—has consistently ranked among the top four skills that employers look for when screening applicants. To think that only 14% of students are graduating with that level of literacy is, frankly, shocking. These are the skills that will get them into their careers, and which will help them advance once there. It’s important in their personal lives as well. “In any area of a person’s life,” says Esmail, “communication is key, networking is key … Even if they’re sitting there, having a conversation with a friend, it’s nice to be able to express yourself in a way that others can understand.”

The reasons for lower rates of higher-order literacy are various, though one is because there are no outcomes within the Ontario curriculum specifically requiring students to learn grammar or style, and there are few opportunities to present formally to an audience. The trend in teaching is toward inquiry-based instruction, collaborative investigation, and while there are lots of benefits there, some things are naturally going to get short shrift. And, just as it would be hard for a student to independently intuit the Pythagorean theorem, so too in writing, speaking and debate. “Sometimes,” says Louis Pilli, director of curriculum, “you have to step back and say, ‘Here’s a topic sentence.’ You know, ‘This is how we do it.’”

Esmail agrees. “You can't write an essay until you master paragraphs,” she says, “and you can't complete a paragraph until you understand the components of a sentence.” Inspired in part by the Spirit of Math, a skill-based program of math instruction, she hired Pilli to develop a curriculum that was deliberate and cumulative, moving incrementally through a set of core concepts. “It’s ‘here’s the structure to do it,’” says Pilli, rather than simply “dive in, let me know when you’re done.” Students concentrate on one skill or concept each week, beginning every class with 30 minutes of instruction. That ranges from basic grammar to what classicists would refer to as rhetoric: logic, compositional techniques, and figures of speech. In the public speaking classes it includes discussions of tone, pacing, and incorporating non-verbal cues. The students then spend the rest of their time each day using those skills, putting them into practice through writing, speaking and role-play.

In all of those things, the programs at Power of Words Academy take up where the Ontario curriculum leaves off. It’s not remediation, but rather an enriched language program developing reading, writing, and oral communication skills. “It was all just about taking the learning we do in school one step further,” says Emily, a current student. She started with the academy prior to the pandemic and, when classes went online, she was there, too. “It just hit all my interests,” she says. “I started off by doing a debate camp in the summer, and I really loved debating. It really fostered that interest. Then there was a writing and public speaking program I took during the school year.”

“The one thing I really took away was learning how to edit my work well. We were handing in work every week, and within a few days, the teacher would send it back to us. She gave so much constructive criticism. I’ve really learned to use that in my own writing. Just editing everything with a really careful eye to produce a really polished finished product.”

Speaking with Emily, though, it’s immediately clear that she’s learned a lot more than that. She’s able to not only craft her thoughts into the spoken word, but also to deliver them cogently and clearly. When you ask her a question, she often repeats it back to you as part of her response, which is a great strategy both on tests and in life. And she speaks confidently, which is part of it, too. “A lot of kids are really shy,” says Esmail. The programs are structured around “drawing the kids out who have great ideas to share, have great thoughts, but they don’t really know how to express themselves.”

Of course, that’s what literacy ultimately is. It’s about understanding the ideas of others, and then responding to them, building arguments that are supported and sound. It’s about joining a larger conversation, broadcasting not only what we think, but also who we are. At the end of the day, that’s the need that Esmail and her staff at Power of Words Academy have worked to fill: to help students find their voices and to use them. The lessons are predicated in the conviction that, to be successful, students need to gain an understanding of the basics; they need to grow their abilities through practice and feedback, and to adopt a posture of success. As the program has proven, with the right instruction, and the right mentorship, and the right curriculum, they do.