Why your school needs Zebra Robotics

For many educators it’s been a struggle to meet the requirements of the new Ontario coding curriculum. What if they didn’t have to? 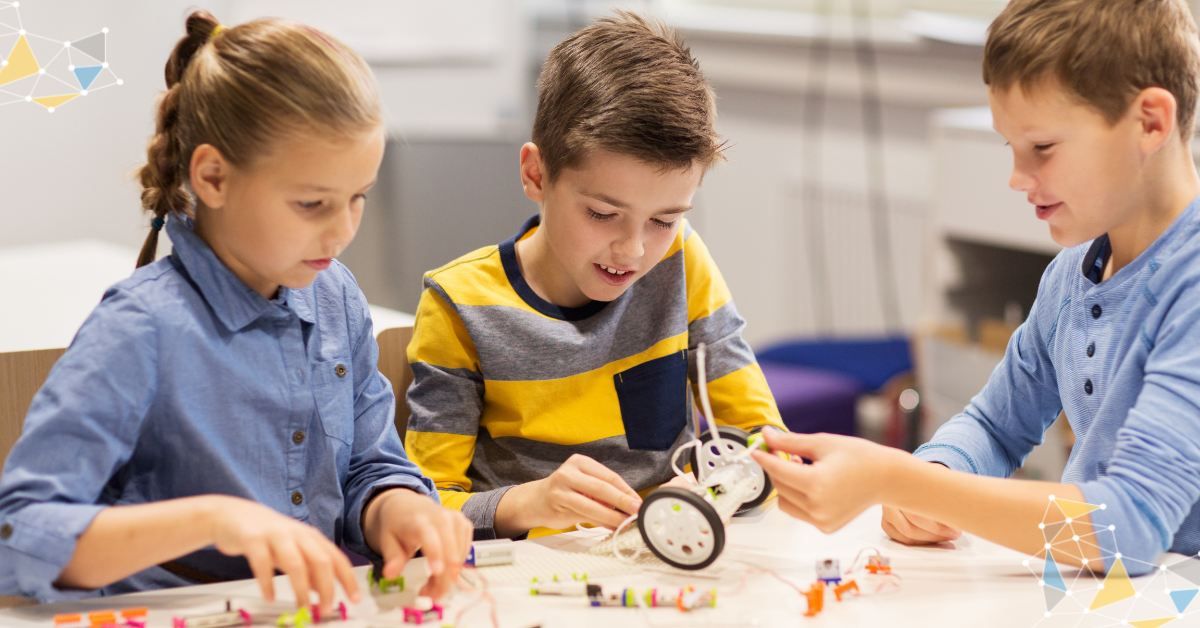 In June 2020 coding was introduced into the Ontario math curriculum for the first time. For a range of reasons, it understandably caused more than a few ripples in the educational community. The new math curriculum was dropped in the midst of a pandemic, with teachers at that point still getting their heads around remote learning. The refinements to Discovery Math itself created a need for professional development.

The addition of coding, though, doubled that. One of the curricular expectations, as worded in the provincial document, asks that students be able to “create computational representations of mathematical situations by writing and executing code.” That’s an expectation for Grade 1. The complexity of the expectations of course grows from there to Grade 8. By the time they get to high school, students are required, per the wording of the provincial document, to create code that “involves the analysis of data in order to inform and communicate decisions.”

It’s a lot, and teachers were right to be resistant. Mary Reid, assistant professor of math education at OISE commented at the time that the material is unfamiliar for many teachers, herself included. "How do you teach computational representation of coding in Grade 1 when that has never been part of your landscape of teaching math?” she said. “We can't simply give teachers a new document and say, 'Go teach it.'”

The fact is they may not have to. There are other options, especially in the more agile environment of private and independent schools. Satish Thiyagarajan, the co-founder of Zebra Robotics, has been effectively teaching to the Ontario coding curriculum for the better part of a decade. He’s long offered  afterschool and discovery sessions, often in partnership with schools. With the new curriculum, says Thiyagarajan, “I think there is a unique value that we bring to the table. I think we’re in the perfect spot to help schools.”

To that end, Thiyagarajan and his team have been developing more expansive programs in partnership with area schools ranging from co-curricular coaching to a full academic offering. At Milton Christian School, an early adopter of the concept, they’ve been developing a program to teach the coding expectations, in house, in consort with the math department there. “We said we would pilot it,” says Thiyagarajan, “and it’s coming along really well.” Zebra Robotics staff attend the school two days a week when classes are in person, and are online when they aren’t.

For Milton Christian, it’s a very attractive solution. Rather than investing in professional development, they bring in educators who know the field and have tested lessons and approaches, arriving with them in hand. In addition, part of the value equation that the coaches at Zebra offer is a unique ability to translate very technical curricular expectations—e.g. “create computational representations of mathematical situations”—into active, engaging learning. “Some kids can sit in front of a computer,” says Thiyagarajan “but some kids are high energy kids.” The coaching that they’ve developed and tested gets kids out of their seats, working collaboratively together, around shared, dynamic projects.

That’s been his goal, from the start: to be educational, but also to be active, exciting, and to come at everything from a kid’s-eye view. It began at home, now nearly a decade ago; Thiyagarajan’s son loved robotics and, at the time, there wasn’t much opportunity to pursue that interest. So he started teaching him. Soon, his son’s friends wanted to come along as well, so they did. With a move from the US to Canada, he decided to try the concept with a bigger audience. Thiyagarajan booked some space in the local community centre and the first session sold out pretty much instantly. The sessions grew, as did participation, and in 2015 he quit his job in IT to run Zebra full time. Zebra Robotics now has four locations in Canada and two in the United States.

“Everything is coding. Every field that you look at, be it geology or medicine or engineering—even communications—uses some level of intense computing for their processes. That skill set is going to be needed going forward.”

How important is coding?

While the timing of the new curriculum could have been better, given the pandemic (though to be fair, the document was in development for years) many believe that coding should have been introduced much earlier. “Everything is coding,” says Thiyagarajan. “Every field that you look at, be it geology or medicine or engineering—even communications—uses some level of intense computing for their processes. That skill set is going to be needed going forward.”

Web interfaces, building apps, working with AI, such as the algorithms behind the apps we use every day—they all require coding skills, and different types of coding skills, as well as design thinking. Coding, increasingly, is a part of everything that we do, from working online, to playing games, to driving our cars.

Given that, Thiyagarajan feels that the right thing to do is to give kids the skills they’ll need in order to seize the opportunities available to them. So far, we aren’t. He notes that, in a conservative estimate, there are going to be in excess of a million jobs in North America that will remain unfilled because there simply aren’t enough people with the skills to fill them. And that’s a trend we can expect to continue. “I think we need to start equipping our kids, and I think it’s good that Ontario is recognising that and introducing coding into the curriculum.”

It’s important, though he notes that instruction also has to be fun. “Just this morning we had a session at one of the public schools here, and the kids were super excited.” The kids were working together, if remotely, to build a game. “There was a bat that was trying to eat bananas and if you let the banana fall onto the floor of the cave then the bat loses,” he says chuckling. “But it’s simple things like that. For kids it’s fun, but what they are learning is how to code, how to think logically.”

Thiyagarajan’s son is now in grade 12 and has been accepted to the computer science program at the University of Toronto, beginning in the fall of this year.  He’s done well, and the company he had a part in inspiring has, too—the program has taught in excess of 12000 participants—a testament to the growing interest in coding, and the need for kids to build the skills associated with it.

Satish Thiyagarajan is the founder and CEO of Zebra Robotics, based in Mississauga, Ontario. The program offers robotics and coding after-school, weekend, and summer camp classes for students from Grade 2 to 12, offering both virtual and in-person classes. Topics include block based coding, web design, app dev, game dev, python, Java and more. The robotics teams have competed in regional and international competitions, having won numerous awards.

August 31, 2021
School heads discuss choosing a school
We interviewed leaders of several private and independent schools to garner their advice and insights on choosing the right school.

August 30, 2021
School heads discuss red flags to look out for when choosing a school
We interviewed leaders of several private and independent schools on the topic of red flags to look out for when searching for a school.
August 9, 2021
How literate are Canadian students?
They can read, but when it comes to functional literacy—expressing ideas, crafting arguments—some feel that students could, and should, be doing better.