Reviews of The York School

Every school is unique, and The York School is particularly adept at proving the point. Just in terms of the basics, it’s an IB, coed day school in downtown Toronto, and that constellation of attributes alone makes it stand out. It’s also true that every school has its own culture, its own character, and The York School is a particularly good example of that as well. With the latest developments, the school has truly arrived, and the evidence for that is ample. The leadership brings a unique, fresh take to the entire project of learning. It’s supported by a significant program of care, exemplified by an active, engaged wellness team, one situated in daily view of the students through their work and their placement within the facility. That attention is continued in a university counselling office that is as good or better than we’ve seen anywhere. If schools aren’t yet looking to York as an example of how best to counsel students in their move to post-secondary education, they should. In all, it’s not just about beginning early, and being attentive, it’s also about perspective, and the one evidenced here is, frankly, inspiring. 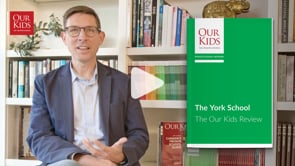 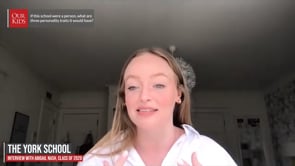 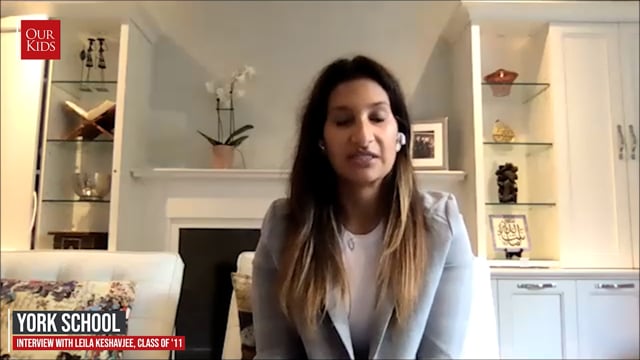 "All three of my boys love The York School school and all for different reasons."

I have three boys at The York School and started four years ago with my eldest in Grade 9. He is now graduating this year and what a wonderful experience this has been – for our entire family. After research, tours and many, many coffees with parents at schools across Toronto, we chose The York School because of its smaller size, convenient location, IB academics and coeducational and international student body. Certain things have had a greater impact than we had expected such as the schoo... View full review

"We feel it offers a high-quality program that is recognized internationally."

Without hesitation, both our children (Gr. 8 and 11) cite their teachers at the school as being the experience they appreciate most at York. Enthusiastic, passionate and encouraging are the words that best describe our children’s teachers and this has been the case each of the five years we have been associated with the school. This positive attitude permeates throughout the school and this “feeling” contributes to the overall experience. Although they do not mention this, as parents we fe... View full review

" ... a community that shaped me into the person I am today"

The York School is a community that shaped me into the person that I am today. The list of opportunities is almost comical, to name some: band, choir, basketball, softball, volleyball, ultimate, chess club, debate club, morning announcements, plays, musicals, student council, volunteering, outreach, exchange and so much more. My classmates and I had an opportunity to experience all that the school had to offer, in addition to the MYP and IB programs, challenge weeks and immersive laptop program.... View full review


More about The York School