The Our Kids interview with researcher and educator Deani Van Pelt

Deani Van Pelt is director of the Barbara Mitchell Centre for Improvement in Education at the Fraser Institute. She’s also and co-author of A Diverse Landscape: Independent Schools in Canada, a study that is the first to offer a  full, comprehensive survey of independent schools in Canada.

We reached her at home to ask about the study and what she feels it may say about who we are and what we look to education—both public and private—to provide.

Our Kids: Why did you undertake this particular study? What did you want it to do?

Deani Van Pelt: Well, we were aware that there was a gap in the literature. ... no one had ever taken a look at the independent schools, what the numbers are, what the types were, what their enrollments were, and then aggregated the data for all the provinces to give us a national picture of Canada.

So hopefully it's helpful, on a number of different levels, for people to understand the whole independent school sector in the country. 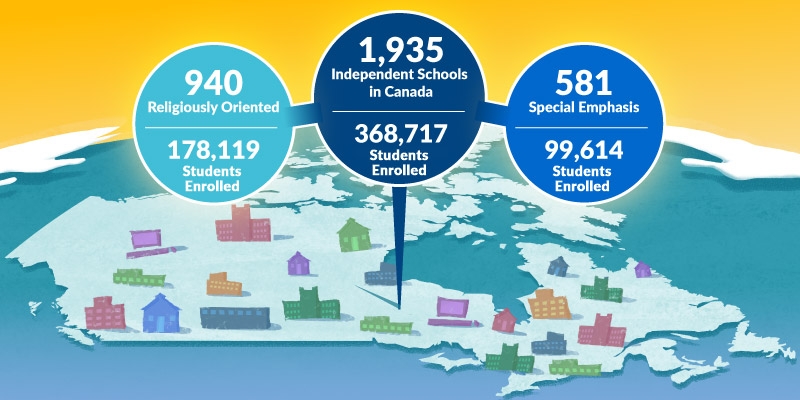 In the summary of the study you note that the purpose was to investigate the assumptions, or perhaps the myths, that Canadians hold about private education. But I wonder if the purpose was actually more than that?

Well, certainly that came out, you know, as you're doing the research and as you're pulling and aggregating the data, pulling things together, trying to understand this national story. That is what emerged as such a clear, clear story from this. Ninety-five percent of the independent schools in Canada don't seem to conform with this myth that we all hold about what private schools are, to the point where we really did shift our language. They're independent schools, they're not government run, they're not government operated. Some are government funded, but they are independent of the typical government structures, and that’s more the unifying characteristic of these schools.

The fact that they serve a kind of elite market? I guess a lot of us just hold to that stereotype, and there's no doubt that it's dominant. … But, in fact, that's not the whole story. So I think that's really what emerged.

Why do you think this should be of interest to people generally?

I think education and the importance of education is something that is deeply embedded in our ethos. We value education. We are willing to spend money on it. We spend over $60 billion a year in this country on education.

We've had a history, in fact right from confederation, [of recognizing minority populations] in education. The English protestants in Quebec, the French and the Catholics in Ontario—those were minority groups—they were given their rights around education, those [rights] were protected. Without that … we wouldn't have had the confederation that we did in 1867.

So, I think we've always valued education and diversity in this country. The amount that we spend on it, we're willing to do that, and that happens province by province. We don't have don't have a national body on education. So, the responsibility for education is even closer to each one of us just because of the level of government that is responsible for it. As citizens we are invited into this question of education, we value it we understand that diversity is important, and we feel that we have an influence over it.

This area is one that you’ve been working on for some time. Which is what I was alluding to earlier, that there is a larger project here than simply assessing perceptions.

Well, as someone who's working with economists, I'm very aware that efficient delivery and effective delivery and use of government funds—as well as the leveraging of non-government funds in an efficient and effective way—is something that we need to learn more about. If there are better ways of designing and delivering education, we need to know about those, and I think, because we are Canadians, we're interested in knowing what those solutions are. If there are more effective ways of helping our best and brightest students get even better and brighter educations; if there are ways to help those that suffer from certain learning specialties, or those that are in some way disadvantaged by household income; if there are ways that education can be designed to be more effective in reaching folks of all sorts across the spectrum of ability and income, and to help them to have a better education so that they can become stronger contributors to this country and also feel more fulfilled individually, I think we need to probe for those.

If there are better ways of designing and delivering education, we need to know about those.

And because of the economic lens that we use, and the ideas that we have, [we've learned] that government isn't always the best provider of solutions when it comes to education. I'm very interested in what happens when others, those other than government, try to come up with good solutions, more effective, more efficient solutions. And that's why I'm very interested in looking at different aspects of the question of independent schooling in Canada.

Looking ahead, it seems that perhaps the optimal situation would be one that includes both public and independent systems, and includes them somewhat equally.

There's no doubt that the sectors can learn from one another. And if we just have a monopoly provision of education we lose out on what some of the other innovations can provide: nuances for curriculum, different ways of delivering curriculum, even things as mundane as how the day is scheduled. If you've got some small independent schools that design schedules--or their spaces, or their curriculum, or their teaching approaches--in very unique ways that seem to be successful on a small scale, then the larger systems can learn from that and benefit from seeing these alternatives. Rather than, you know, to just take it on whole-scale and apply it across the entire government-provided system. I think that there can be that cross-fertilization.

I'm also very interested in efficiencies, and the way that independent schools have leveraged non-government funds, have leveraged parental funds. Parents are very interested in spending money on education. I think it’s something like 35% of students in Ontario get some private tutoring every year. And I'm not talking about arts or athletics. I'm talking about your basic literacy and numeracy subjects, where parents are willing to spend some money on supplementary tutoring. So there's a certain amount of money that parents are willing to make available towards the education of their children. There are also philanthropists that are very interested, and there are corporations that are interested in a certain types of graduates that can access and contribute to our economies in unique ways.

In the end we all benefit ... We don't have to spend as much from the public purse.

So, there are more funds than just government funds, taxpayer dollars. If we see systems of education that can leverage those funds, I think that's also worth looking at. Because in the end we all benefit. Parents and philanthropists are willing to spend some on education, which affects the bottom line for us as taxpayers, and we then don't have to spend as much from the public purse.

Many opportunities actually do exist for scholarships, and different ways of bringing students in of lower income and giving them these opportunities. I certainly think that’s one of the things that has emerged from this current study. It appears that—-now we didn't look at the parental side we only looked at the supply side like we looked at the schools themselves-—but it appears that they have far more wide-spread appeal to the middle class than we ever expected.

Are you surprised by that, or by anything else that you found?

As you know, only Ontario, Saskatchewan and Alberta have the parallel public and Catholic school systems. So, I guess you'd expect some of the appetite for religious education would've been taken up by the government sector, and in fact that is the case in Ontario [where] a third of students go to public Catholic schools. So, you know, you think a lot of that appetite for religious education—-although its only one denomination-—is taken up in that way. But then to see that, even then, still half of the independent schools in Ontario are religious, that was interesting to me.

When I saw that more than half of the independent schools in BC are religious, that made a little more sense to me. Because in BC, if you want a religious education, a religiously oriented education, you have to go to the independent schools. The government funds them—50% of whatever is given for the operational expenses to the local public school is given to the Catholic, Christian, and Islamic schools in BC. (50% sounds like half, but it's not, because they don't cover the capital.) In Quebec I think it's closer to 60%, but it turns out to cover about 40% of the cost of the education of the students. Quebec and British Columbia are using the independent sector to take care of religious education, whereas in Ontario, Saskatchewan and Alberta, the government sector takes care of some of the religious education. So, like I said, I was surprised.

What does that say? Does that suggest that parents are choosing schools less on the basis of academics and more on basis of values? Or is that too big of a leap?

Well, when I did my doctoral dissertation we randomly selected parents--I think we randomly selected 38 schools in the province of Ontario--and then invited every second parent in each school to participate in the survey. I did that in 2007, 2008, and 2009. From what they told us, the most important reason for choosing a private school, in Ontario anyway, did come out as academics. Almost half of the parents said it was for academic reasons. 40% said it was religious, and then 30% said things like, you know, the structural kind of things—-the size of the school, the discipline, the partnership with the home—-those sorts of things. And fourth were parents who said “okay, we're having a really bad experience in the public school and we need something different.” And from there it goes into other reasons.

So, I still think the academics is the top reason: academics, teaching, the school environment. But religion is definitely a strong second.

It's fascinating isn’t it. A portrait of education is really a portrait of the country on some level.