A multi-faceted approach to learning at a distance

“We've learned a lot,” says Kathy Young of the experience of educating through a pandemic. “I think some of it is what good educators have always known,” such as the value of personalised instruction, the need to be responsive to parents’ and students’ concerns, and that learning occurs in many different ways.

Still, the fact that she in particular found it a learning experience is telling of the times we’re all living through. She’s had a long career in education, coming to Blyth Academy in 2018 after working 33 years in the Waterloo Region District School Board as a teacher, principal, and administrator. Now, in her role as Chief Academic Officer, Young oversees a program with more than 7,000 students across 11 physical campuses and remote learning platforms, making it one of the largest learning institutions in the country. It’s a big job, to be sure. “Recently it’s been a bigger job,” she admits with a chuckle, though it’s been one that she and her team have handled in a way most parents, especially these days, would appreciate: with a wealth of experience, a reasoned approach, and an open mind. 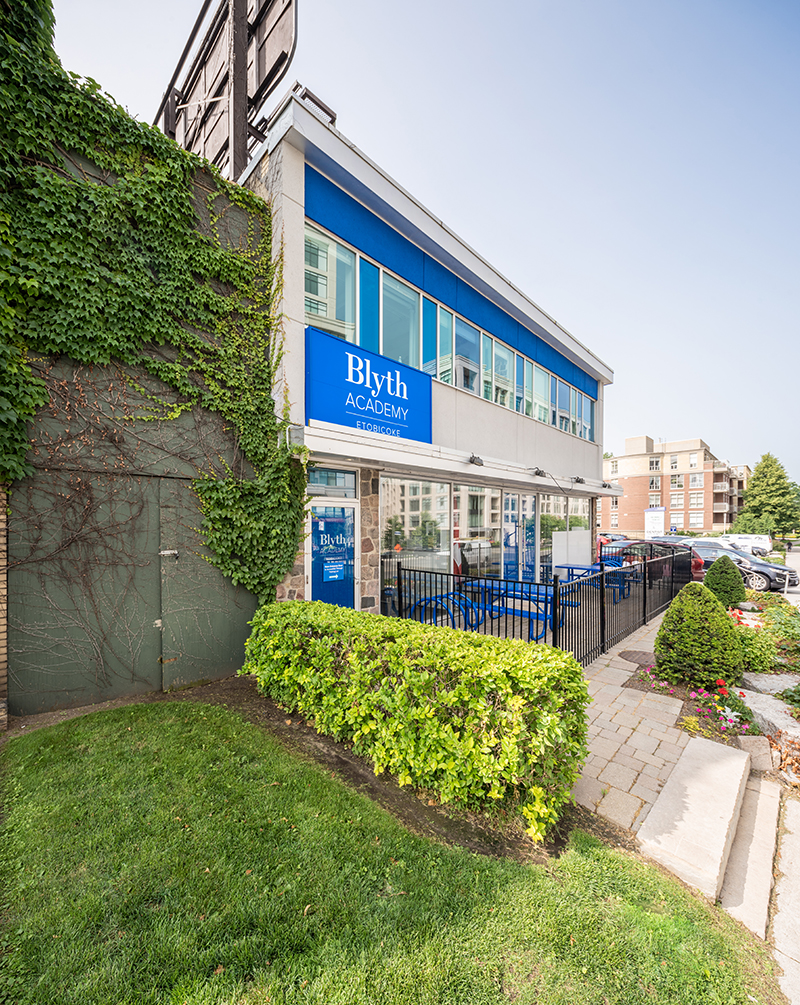 The plan for the future is based on their experience through the spring. In March, the schools transitioned immediately to virtual classrooms using Zoom, and on-campus students continued with live learning, if at a distance. Extra-curricular activities, guidance and parent meetings also shifted to the virtual space, ensuring that students maintained routines, schedules and full contact with their peers, teachers and campus support staff. “We discovered that it worked very well,” says Young. “We had a lot of positive feedback from our families. Kids felt engaged, they met with their classmates every day, they met with their teachers, we covered the curriculum. It turned out to be, in a less than perfect world, a very successful approach.”

That experience realized a series of best practices that would inform the next steps. Says Young, “We started planning late spring, early summer, for how we could set up a similar option for kids so that we knew that we’d have something that would be successful.” For the bricks-and-mortar classes, they decided to organize students into cohorts of less than 15, allowing every student to attend every day with a minimum of direct and indirect contacts. The virtual offering will again be extended to all students.

As successful as the synchronous classes were, there was a sense they could do even more for a greater number of students. “That's where Blyth Academy Orbit came from,” an entirely new offering launching in September. “It’s like a campus, but it’s a campus over Zoom.” Students, including those enrolling for the first time, are placed in classes and, together they navigate the curriculum in real time. “Same kids every day, same teacher every day. It will be like they’re attending class but in a Zoom classroom.”

“This is not a direction we would ever have moved in had the pandemic not happened, and had we not seen how important it is for kids.”

Even if Zoom isn’t entirely optimal—nothing can replace learning in person—“it gives them a cohort, it gives them a community,” says Young. “It gives them regular predictable contact with classmates and the teacher, engaging with each others around ideas, that sharing of ideas, that sharing of experiences. It’s important.” The public, perhaps understandably, has beaten a virtual path to the door. Originally intended for the secondary grades, the school has now extended the program to Grade 5 through 12. “They feel it's a safer option, but Blyth Academy Orbit is also attracting many students who were never part of our bricks and mortar school.”

Young admits that “this is not a direction we would ever have moved in had the pandemic not happened, and had we not seen how important it is for kids.” It’s not the be-all and end-all of instruction, but instead an important and substantial addition to an existing program of education. This is why the school doesn’t require parents and students to dedicate themselves to Blyth Academy Orbit, or indeed any of the learning platforms, but rather are free to make use of them all. Says Young, parents can make that choice on a term basis; they don’t have to commit to any one style of learning, and can move back and forth as they’re comfortable. Students are able to attend all of their classes virtually if the need arises due to illness or a change in circumstance.

We're living through uncertain times, to be sure, and parents are understandably anxious as to how things will develop as we move into the fall. No one has a crystal ball, though educators know what works and what doesn’t; they know what is important and what isn’t. As Blyth Academy demonstrates, they also have a lot of experience to draw from, both gained this year as well as over the course of decades. There might have been a time when the school was an anomaly within the world of education—smaller schools, online offerings, an agile approach to learning—though it certainly isn’t now. If other schools aren’t looking to Blyth Academy, given the strength of their ongoing response, no doubt they soon will be.

For more information on the Blyth Academy offering, including physical schools and Blyth Academy Orbit, visit their Our Kids profile.