Niagara Christian Collegiate can be a bit deceiving, at least at first glance. The setting is rural, with the nearest community of size being Niagara Falls to the north. The Niagara Parkway—the route through which NCC is accessed—is a sleepy, scenic drive along the eastern edge of the Niagara peninsula. The campus, for anyone driving by, can seem sympathetically sleepy, a world away from the hustle of urban life. Which, to some extent, it is. What you don’t see—and perhaps what even locals don’t accurately grasp—is the breadth and the diversity of the academic programs as well as the school’s student population. Half are international students, arriving from as close as the US to as far afield as Japan and Tunisia. The curriculum has a similar breadth, and the goal of the school is to deliver a comprehensive, international education through the lens of Christian values. The ideal student is one who is interested in all of that: growing within their faith and gaining a sense of their place in the world alongside peers of a like mind. 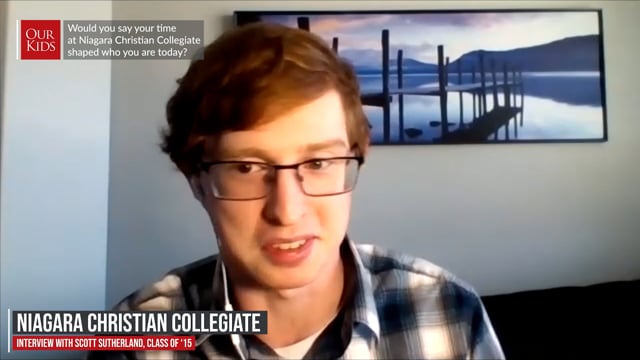 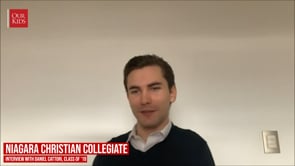 "I have great respect for the teachers, guidance counsellors and principals."

I have been at Niagara Christian Collegiate for a year who is also a dorm student and I love it here. I do not think there is anything I would change about the school because the teachers and students are so encouraging and constantly want the best for you. The sports coaches really strive so you can achieve your sports goals. In addition, if you are struggling in a subject the teachers are always willing to help you overcome your challenges because they want the best for you. Also, the guidance... View full review

"Judging from the way the teachers do their jobs, the students' future plans are always number 1."

In regards to the student experience aspect at Niagara Christian College, I would say that it is rather exceptional. There is evidently a lot of structure in the school as well as a very inviting community where you feel safe and at home. There’s a lot of open space to study, and hang out with your friends and overall it’s just a free-loving environment. I wouldn’t change anything about my school because I believe it has the perfect amount of everything that makes a good school. One thing ... View full review

"The school leaders at Niagara Christian Collegiate seem to be very professional."

Niagara Christian Collegiate provides a great environment for learning as well as socializing. There is a strong focus on improving in all areas of life as the weekly Advisory classes will try to ensure. Many fun events are provided and encouraged, such as great events to celebrate both the beginning and the end of the school years, and a creative celebration known as The Arts Cafe. All staff members at Niagara Christian Collegiate are very friendly and obviously care about your success. The te... View full review

My experience at Niagara Christian Collegiate has been extremely rewarding. I started studying at NCC in Grade 11 and am currently in the final few months of grade 12, with offers to 7 different universities and scholarships to 4 of them. As an international student who has resided in a non-English speaking country for most of my life, I wasn’t sure if I would be able to fit in when I initially came here. But all teachers, staff, and students here were exceptionally friendly and accommodating,... View full review

"The strength of NCC is definitely in the academic courses."

I loved my time as a 5 day boarding student at NCC. The teachers actually cared about their students. I loved spending time in the gym and at the snack bar after study hall in the evenings. I enjoyed the setting of the school with it being right on the Niagara River. I loved the friendly staff. My experience at NCC prepared me very well to be successful in university because of the high academic standards. My children actually attended NCC as well and had a wonderful experience, too. Both have g... View full review