Guide to private schools for boys

A look at all-boys education 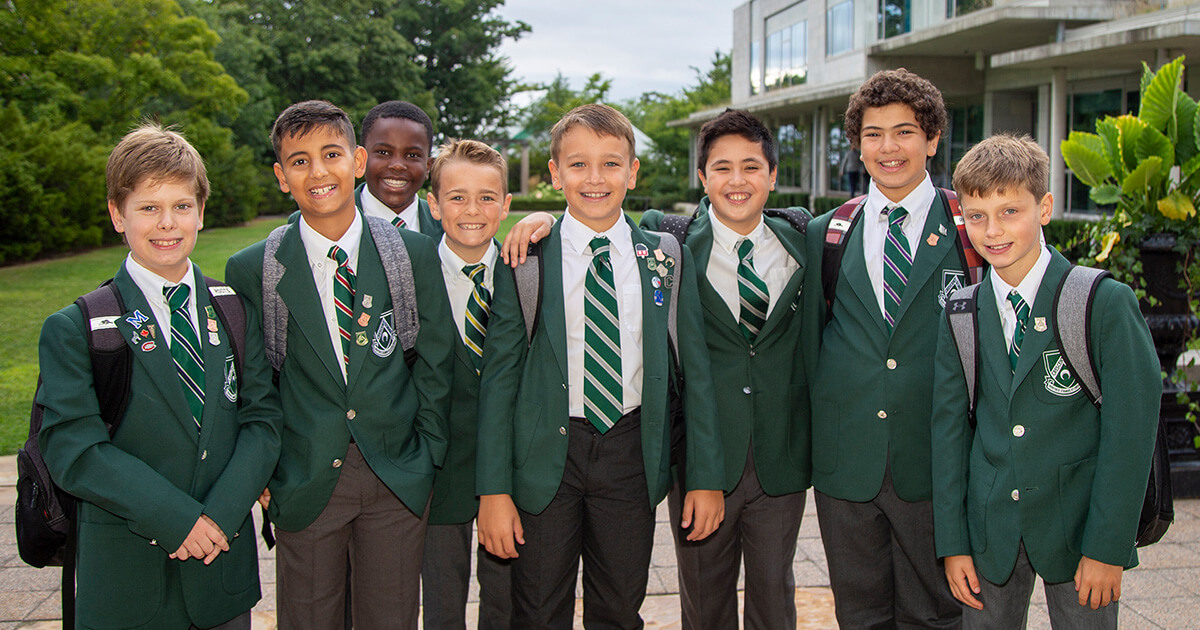 Looking for a boys' school? Crescent's Lower, Middle, and Upper Schools are committed to mentoring and relational learning which brings out the best in boys.

Boys' schools in Canada offer young men a learning environment that maximizes their academic and personal potential with teaching methods that are tailored specifically to the way boys learn. Read more

Although there are significant differences between genders, psychologists find that boys and girls develop differently and each gender has an ingrained learning style. Proponents of single-sex education also highlight that boys and girls tend to be treated differently in co-educational settings, in which case a child’s learning and personal growth has greater potential to be hindered.  To learn more about single-sex and coed education, read our guide.

These are fundamental reasons for the existence of all-boys schools and all-girls schools.

How boys are different

According to the National Association for Single Sex Public Education, boys become interested in math and science by exploring the "properties of numbers," whereas girls want their instructors to tie class material to the real world. Girls may view being unsuccessful as disappointing to the adults around them, while boys see lack of success as related to the specific subject area. In elementary school, girls tend to learn quicker than boys do (for example, girls usually read first).

At an all-boys private school, your son will have the chance to develop at a similar pace to his classmates. The International Boys’ School Coalition notes some other unique traits of boys that a boys-only education is best equipped to deal with:

The ISBC also notes, “The importance of relational teaching to boys cannot be underestimated, as recent research sponsored by the IBSC has proven. In single-sex schools, education, teachers are informed of gender learning differences and strive to meet individual boy [and girl] learning needs.”

Benefits of an all-boys education

All-boys schools will allow your son to explore passions he may not feel comfortable with at a coed school. Subjects that may be viewed as "feminine" elsewhere no longer have such a gender stereotype at a boys-only school and a broad range of extracurricular activities (such as music, art, and drama)  are available for your son to enjoy.

At this type of school, young men have a greater opportunity to find their true identity as they’re freed up from the pressure of doing things to impress girls, which also helps them feel less pressure to grow up too quickly. Here your son can settle into an atmosphere where he and his classmates do not feel the weight of trying to uphold a certain reputation but rather encourage and challenge one another to succeed.

And what age is the right age for boys to start in an all-boys environment? According to the National Association for Single Sex Public Education, a nationwide study conducted by Marcia Gentry and her associates, published in the Journal of Educational Psychology, confirmed that at every age boys in coed schools are less enthusiastic about school than girls are, which suggests that regardless of your son’s age, a single-sex education may be the right step for him to help him focus and flourish.

In one notable example from NASSPE, years ago when an in inner-city high school in Montreal, Quebec made the switch from coed classrooms to single-sex classrooms, absenteeism dropped from 20 percent to 7 percent, 80 percent of students passed their final exams (compared to 65 percent before) and the rate of students going on to college nearly doubled.

Plus, as recently as September 2014, the New Zealand Council for Educational Research published “promising research showing that graduates from boys' schools have higher qualification achievements than those from co-educational schools.”

Criticisms of an all-boys education

Perhaps one of the most notable criticisms of boys' schools is that they allow for fewer opportunities for young men to engage with the opposite sex, which some experts argue inhibits their social and sexual growth, as well as their sensitivity to women’s opinions and feelings. In this type of environment, critics also argue that boys are prone to further stereotypes and gender intensification.

On the contrary, proponents of single-sex education have supplied evidence that boys' and girls' schools can actually ‘break down gender stereotypes’ and offer students a variety of activities and programs that boys may not normally feel comfortable trying out in a co-ed environment.

According to NASSPE research, school principal Andrew Hunter, who has taught in both single-sex and coed environments, states, "there is a subtle pressure toward gender stereotyping in mixed schools. In boys' schools, boys feel free to be themselves, to follow their interests and talents in what might be regarded as non-macho pursuits: music, arts, drama."

IBSC also highlighted in their literature ‘Why a Boy’s School?’, “In all-boys schools, gender related issues are discussed more candidly because of the openness of an all-male environment and because of the potential for deeper mentoring relationships among boys and their teachers.”

Aside from learning from and interacting with female administrators and staff at the school, boys have plenty of opportunities and are able to collaborate with young women their age so that they are able to develop an understanding and appreciation for different perspectives in and outside of the classroom.

Private schools continuously endeavor to give each student individualized attention, provide supportive and inclusive learning environments, lower their student-to-teacher ratios and closely monitor situations both in the classroom and online that may otherwise encourage bullying.

While the perception in some cases is that boys may exhibit more aggression than girls and feel a need to exert this over other boys, particularly in a classroom of all-male peers, at an all-boys school the competition is less about trying to impress and more about building character, becoming leaders and motivating one another to succeed. Any issues that do arise can be handled effectively by staff who understand the culture of boys and strive to provide an encouraging and understanding environment focused on continued achievement.

Differences in culture at an all-boys school

For many families, the best impression they can get of a school’s environment is through a visit to the campus.

At an all-boys school a school visit is where potential students and their parents can get a better idea of how well they might fit into the culture with other boys, speak with current students about their experience, and sit in on a classroom session to see which subjects appeal most to them or that they may be willing to try out that they may not have considered previously. Where some boys might find it difficult to concentrate and excel in a coed environment, in a supportive culture of men they can feel confident exploring their identities and building their full potential through activities and programs developed with boys’ interests and ways of learning in mind.

In addition, while the fathers of boys today are much more involved in their lives than in the past, experts agree that boys need male role models. At male-centric schools, they are able to interact with a range of male teachers and staff with different perspectives and strengths who can inspire and motivate them, as well as relate to their growing experiences as adolescents and young men.

Key questions to consider when choosing a boys' private school

Keep in mind that many schools offer programs from kindergarten until grade twelve and may also have elementary institutions ("feeder schools") that are affiliated with middle or high schools.

Paying for an all-boys private school

There are numerous ways to pay for a private school. If your son has been really successful or involved in a particular area (like academics, visual arts, music, community service, and more), then his school may award him a scholarship. All-boys private schools might also provide you with a bursary if you demonstrate clear financial need. However, you may have to pay to apply for some of these grants, so make sure that you are likely eligible. Also consider other helpful financing options. These could include: tax breaks for sending your child to a religious school (such as a Christian or Catholic school), donations from charitable organizations, and government subsidies.

You can also get more information on choosing a school and applying to private school, or learn more from the all-boys private schools listed below. This list includes boarding, Montessori, special needs, and preschools.

For a much more in-depth look into all-boys schools, visit one of our annual private school expos. Here, you will learn about what you need to know to navigate the private school selection and admissions processes.

To get school-choice advice customized to your child's unique traits, create a child profile through an Our Kids user account.